by nomad
in Environment
6 min read
0 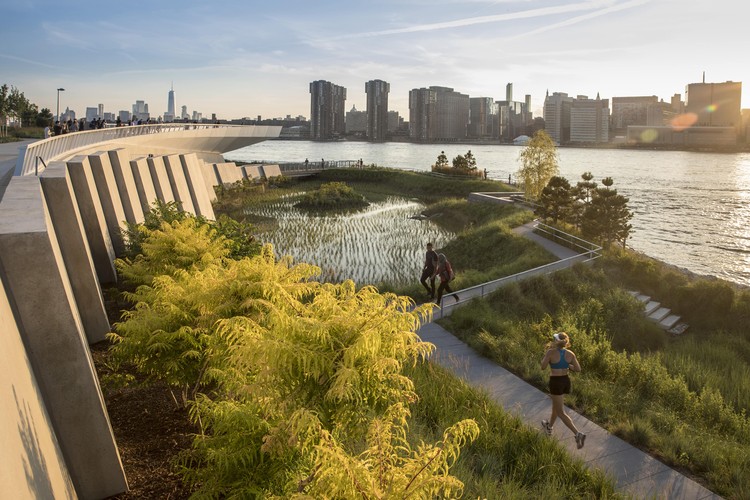 “When there is a convergence of crises, like we have now, there needs to be a convergence of solutions,” argued Christiana Figueres, former executive secretary of the UN Framework Convention on Climate Change (UNFCCC), at the 2020 GreenBuild conference. These solutions need to be net-zero in terms of energy and greenhouse gas emissions, regenerative, and reconnect humanity to nature. And while progress towards these solutions is now “irreversible,” we need to move much faster towards a net-zero world.

Since stepping down from the UNFCCC, where she orchestrated the Paris Climate Accord, Figueres founded the Global Optimism group and wrote the book The Future We Choose: Surviving the Climate Crisis. With decades of experience fighting in the trenches of UN bureaucracies for climate action, Figueres shared her vision for the future, which is rooted in her “stubborn optimism.”

The history of the planet is the “result of an evolving relationship between nature and humans,” she explained. For 99.99 percent of that relationship over the millennia, “nature had the upper hand, and this was to our benefit.”

Up until the 1960s, humans experienced the Holocene Epoch, which provided Goldilocks-like conditions on Earth, creating a “sweet spot” in terms of temperatures, biodiversity, and precipitation. “This era enabled us to prosper, progress, and multiply.”

But in mid 1960s, the Holocene came to an abrupt halt because of rising greenhouse gas emissions resulting from decades of industrialization. “Then, the relationship between nature and humans was suddenly inverted, and humans took the upper hand, creating the Anthropocene Epoch.”

“I am 60 years old, so I was actually born in the previous era. I’ve lived through two geological eras, and I have to say the Anthropocene is already a sad history.”

In just six decades, humans have actually changed the biophysical processes of the planet. “Atmospheric gases released by our activities have created a warming planet, which has increased cyclones, hurricanes, wildfires, flooding, and sea level rise. Air pollution now leads to the premature death of 7 million people annually.” We have destroyed half of the world’s original forests. As we move into areas that were once the sole province of nature, we are increasingly exposing ourselves to viruses like COVID-19. And soon, “our oceans will have more plastic in them then fish. It’s becoming a dystopian world.”

But this is where her stubborn optimism came in. Figueres doesn’t believe we are condemned to a future of more destruction. “Because we now have the upper hand over nature, this dystopia is not preordained. We can collectively change the course.” That new course is found through adopting “clean energy, designing buildings that produce their own energy, and regenerating our soils and oceans.”

The path of decarbonizing our economies and societies is already laid out. The issue is that according to the UNFCCC, we have about a decade left to orchestrate this major transition in how humans power themselves. “2030 is the eye of the needle. We need to reduce greenhouse gas emissions by 50 percent by 2030, and then 100 percent by 2050.”

There are reasons to hope we can make it. In the energy sector, renewable sources, like hydro, solar, and wind power are already the source of more than 25 percent of global electricity and are heading towards 30-plus percent this year. In a greater number of energy markets, renewables are also the cheapest energy source, beating out coal, oil, and natural gas. In the transportation sector, electric vehicles are growing due to government mandates. “Every major car manufacturer now offers a range of EV models.”

New European Union pandemic recovery funds are directed towards a green recovery. China has just stated it will reach peak emissions by 2060, a major commitment. The majority of G-7 countries are now “headed in the right direction.”

More than 1,400 major corporations worldwide are already moving to “diversify away from climate risks,” Figueres explained. Another 1,200 companies, with some $14 trillion in capital investments, are divesting from sectors with high climate risk, like fossil fuels. The 30 largest institutional investors, which have some $5 trillion in assets, “now understand climate risk and are not willing to strand assets.” 18 country’s central banks now do climate change stress tests.

Amazon, the global e-commerce giant, just released its pledge to become net-zero in terms of its emissions by 2040. Apple, Nike, Starbucks have moved up their net-zero goals to 2030.

Figueres was very positive about these trends, because they “normalize corporate responsibility and create new expectations.” Plus, these companies are sending the message that “constraining carbon is good for innovation.”

But amid these developments, the future sustainability of the built environment looms large.

Figueres said planners and design professionals play a critical role, because they are the “architects of the future.” It will be design professionals that help us achieve the critical goals of all new buildings being net-zero in terms of energy use by 2030, and all buildings by 2050 — key goals required to stave off the worst impacts of climate change.

To make this more sustainable future happen, design professionals must “incorporate the human experience” and steer the world towards “more low-impact materials that have a high impact on human livability.”

Furthermore, 60 percent of the world’s infrastructure hasn’t been built yet. With the expected growth in population and new cities across the developed and developing worlds, there’s only one chance to get things right. Landscape architects, architects, planners will be responsible for determining “how we live on the planet” far into the future.

This article was originally published on The Dirt.