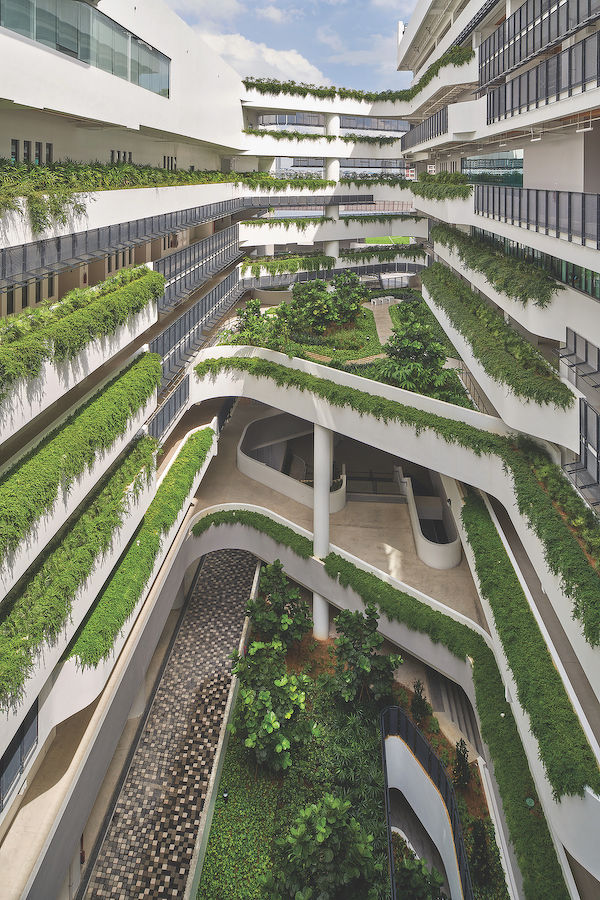 Singapore’s urban development over the past 50 years has created a lush cityscape with pockets of greenery throughout the built environment. For biophilic advocates like Khew Sin Khoon, the president and group CEO of CPG Corporation, this is the essential first step in developing a closer affinity between nature and the built environment.

Biophilic design refers to the integration of nature and natural elements into built environments such as cityscapes and buildings. “As our society develops, there has been a growing affinity towards nature among Singaporeans, and this has led to the successful incorporation of biophilic design into new residential projects,” says Khew. 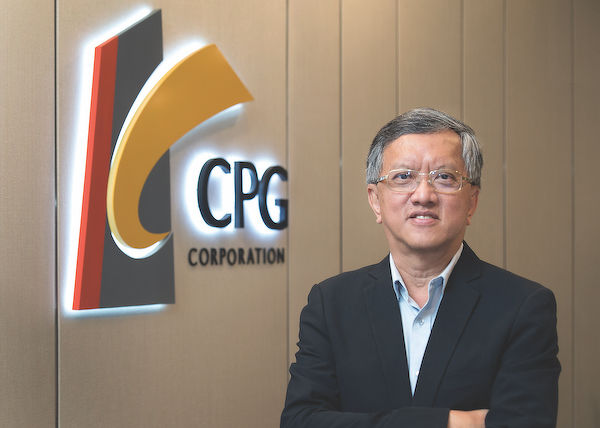 In order for Singapore to realise the next vision of a City in Nature, we must learn to embrace the biodiversity around us, says Khew Sin Khoon. (Picture: Albert Chua/The Edge Singapore)

Khew is one of the judges for this year’s EdgeProp Excellence Awards, an annual property awards event hosted by EdgeProp Singapore that recognises excellence in the local real estate market. As a judge Khew is contributing his expertise in architecture, sustainability, and biophilic design.

There are more than 20 categories for this years’ awards. These include Top Development, Sustainability Excellence and Innovation Excellence. As an architect, Khew says he focuses on the development team’s ability to overcome design challenges and improve its overall liveability.

“For example, when judging sustainability excellence as an architect, I start with examining the passive design in a project and how a building sits within its environment. If the site is challenging, how does the project architect creatively overcome the problem?” says Khew. A closer affinity with nature in Singapore has translated into successful biophilic designs within the built environment. (Picture: CPG)

“The same applies to landscaping in a residential project. We pose questions to the various development teams and we tried to understand how they integrated biophilic design that will coexist with the built environment they are creating, and not just haphazardly placing greenery or landscaping on leftover spaces,” says Khew.

He says that the winners in this year’s awards showcased deliberate planning that considered landscaping as part of the overall architectural design, adding that “projects with clear green and blue strategies — referring to greenery and water elements — stood out among the shortlisted submissions.”

Sustainability in the built environment

Khew is a keen advocate for sustainable building in the real estate industry. “The built environment is one of the biggest consumers of raw materials and the transportation of construction materials,” he says. Recent events have also highlighted Singapore’s high dependency on international supply chains, such as Indonesia’s export ban of sand to Singapore in 2007, Malaysia’s ban of sea sand for reclamation in 2019, and the worldwide supply chain disruption caused by the Covid-19 pandemic this year.

“The export ban of sand was a striking event for the local construction sector at the time, and people were wondering what would happen if the supply of sand ran out. How would we manufacture the concrete for building projects in Singapore?” he says. Looking ahead, the use of finite raw materials like steel, aluminium and sand in construction is also unsustainable in the long run, says Khew.

“How do we use these finite resources sustainably? Should we consider how to better recycle or reuse them in construction? This was a design consideration we tried to tackle as we were developing the campus for Eunoia JC, which uses laminated timber as a sustainable building material,” he says.

CPG Corp was the appointed project architect for the design of the new Eunoia Junior College campus, which welcomed its first batch of students through its gates this year. The site overlooks the Bishan-Ang Mo Kio Park, and is the first high-rise junior college in Singapore with two academic blocks 10 and 12 storeys high. Eunoia is the first school in Singapore to feature an elevated stadium on the fifth floor, and study spaces are complemented with green spaces.

“The site is actually about 60% of the size of a typical Junior College site, and a large portion of the area was set aside for the running track and academic blocks. This encouraged us to propose a high-rise design to maximise the space and ensure that we could introduce enough green spaces throughout the school,” says Khew.

In the private real estate market, most new residential developments meet regulatory sustainability requirements, handed out as part of the Green Mark Scheme by the Building and Construction Agency (BCA). A development’s Green Mark certification was also a factor the judges of the awards took into consideration when evaluating the shortlisted submissions.

Based on his judging experience this year, Khew says that the recognition for excellence in sustainability and the overall top development was typically awarded to projects by developers who took a more “enlightened” approach in their design concepts.

“As consultants who also work closely with these developers, the more enlightened developers tend to recognise that they have reached a certain high standard and are willing to take their development concepts to the next level. Thus, they often ask us our ideas regarding sustainability, environmental consideration, and even minimising the overall carbon footprint,” says Khew. Singapore’s National Centre for Infectious Diseases (NCID), designed by CPG Corp, has been internationally recognised for its high levels of sustainability and urban integration. (Picture: CPG)

He adds that based on the submissions this year more developers are putting their own sustainability targets on the agenda during the development phase. This is likely also a result of greater environmental consciousness among homebuyers today, he says.

However, Khew believes that the local residential market needs more time to mature before buyers can accept paying a premium for a fully sustainably-built development, including sustainably sourced materials and a full suite of energy conservation designs. “Most homebuyers tend to view sustainability as a cost-saving means and that tends to win the books of buyers. They might say: This building uses less energy. I am convinced my utility bills will be lower, so I embrace sustainability,” he says.

Looking ahead, Khew hopes that Singapore can evolve from a City in a Garden into one that truly embraces the vision of a City in Nature. “We have come along way from the old days where buildings dominate the landscape. Today buildings still dominate the landscape, but we have managed to inject greenery throughout the built environment. While we enjoy looking at the greenery, we still are not comfortable being outside with the environment,” he says.

“Greenery is not there for the sake of it, and having green spaces should mean building a home for insects, birds, and other animals to live in. I feel that parts of our society are not ready for that level of affinity with biodiversity. They are rather selective in the types of biodiversity they accept,” says Khew.

“We are not quite ready for nature, and it is a work in progress to get more people familiar and educated in order to truly embrace our vision of a City in Nature,” he says.

Green-roofed theater in Shenzhen raises the bar for civic architecture