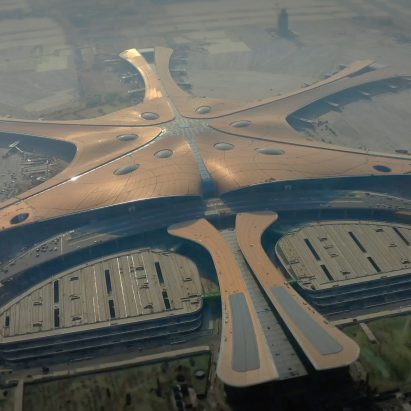 Zaha Hadid Architects made the decision to follow Foster + Partners in leaving Architects Declare, which was founded in 2019, due to “a significant difference of opinion” with the steering group that leads it.

“Regrettably, we are withdrawing from Architects Declare,” said a statement from Zaha Hadid Architects.

“As a founding signatory, we agreed to continue and accelerate our work towards progressive change in our built environment,” it continued.

“However, today we need to recognise that we have a significant difference of opinion with the Architects Declare steering group on how positive change can be delivered.”

The decision to leave the climate change network follows growing tension between the studio and Architects Declare’s steering group, which is made up of 11 architects, engineers and communication professionals working for UK architecture studios.

Last week, in response to comments made by Zaha Hadid Architects’ principal Patrik Schumacher, Architects Declare’s steering group told Dezeen that its aims were being “undermined by a few practices” that were “clearly contravening” their climate pledges.

The studio’s move appears to be in response to these comments.

“For us how change is delivered requires discussion, cooperation and collaboration, and this must be debated without condemnation,” said the statement.

“Architects Declare’s steering group has unilaterally decided on its own precise and absolute interpretation of the coalition’s commitments,” it continued.

“By doing so, we believe they are setting the profession up for failure. Redefining these commitments without engagement undermines the coalition and trust.”

Over the past year, Zaha Hadid Architects and Foster + Partners, two of the 17 founding signatories of Architects Declare, have been criticised for working on aviation projects.

This division over working on airport projects led Foster + Partners to leave Architects Declare yesterday, with studio founder Norman Foster saying: “agriculture and aviation are not going to go away and they will both need the most sustainable buildings to serve them together with the architects who can most responsibly design them.”

However, Zaha Hadid Architects warned that making the aims of Architects Declare to narrow, could be a mistake for the group in the long run.

“We saw Architects Declare as a broad church to raise consciousness on the issues; enabling architectural practices of all sizes to build a coalition for change and help each other find solutions,” said the studio.

“We need to be progressive, but we see no advantage in positioning the profession to fail. In fact, it would be a historic mistake.”

MVRDV Breaks Ground on Matrix 1, a Sustainable Office and Laboratory Complex in Amsterdam