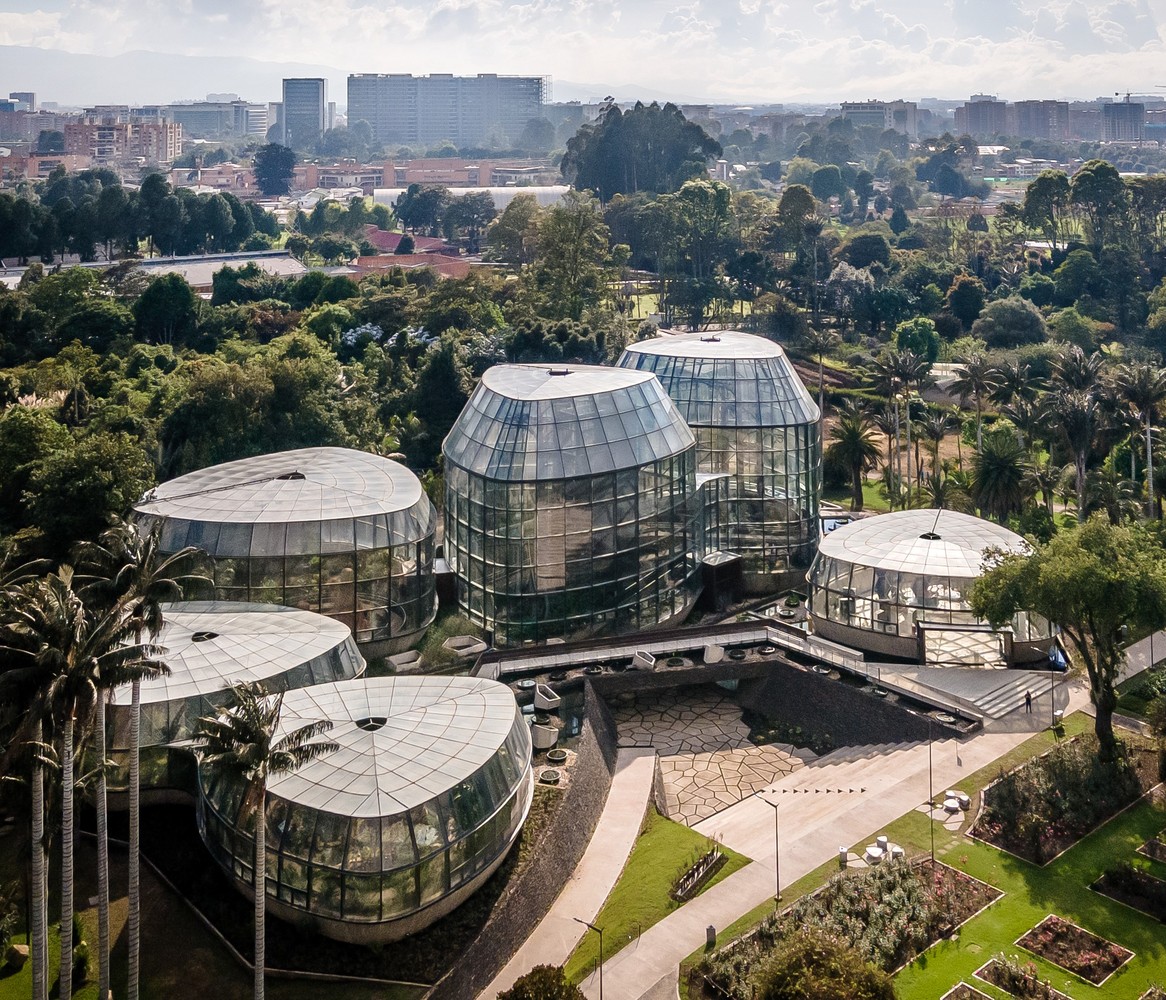 Text description provided by the architects. Bogotá is the capital of Colombia, it is located in the centre of the country at 2,600 meters above sea level. The territory that the city occupies is known as the “The Bogotá Savanna”, a plateau that is part of the eastern mountain range of the Andes. The city is limited in the eastern area by a mountainous system known as the eastern hills and in the west by the Bogotá River. About 20,000 years ago this territory was a large lake that joined the hills and the river. Today there are only some traces of this past lake, the city drained the vast majority of wetlands for its urban development, going from 50,000 hectares at the beginning of the 20th century, to only 727, leaving only 1.45% of the original area. This deterioration is largely due to widespread ignorance of the importance of wetlands in ecosystems.

The country’s environmental wealth is contrasted by the high levels of deforestation and exploitation of raw materials; Illegal mining, extensive cattle ranching and indiscriminate logging are some of the biggest problems. The high rates of endangered species have put Colombia on the red list of the eight countries responsible for half of the deterioration of the planet. As a strategy for the conservation and protection of ecosystems, the Botanical Garden of Bogotá develops the initiative “Nodos de Diversidad” or “Nodes of Diversity”, an ambitious project that seeks to carry out a new botanical expedition throughout different areas of the country and that will allow protecting and valuing some of the most threatened ecosystems in the Colombian territory.

El Tropicario, as the project is called, is the main infrastructure of this plan. It will be the exhibition space for promoting the results of these expeditions. The project is located on the footprint of an old structure, which was in a high state of deterioration. The conservation of the wax palms surrounding the implantation site was a decisive element for the project. It is a species of very slow growth, declared a national tree and in danger of extinction. These palms live for more than 100 years, reaching heights of up to 70 meters. There are more than 70 adult palms of this type around El Tropicario. This raised the need to use a system of flexible forms, in order not to affect the trees.

Another important condition was to integrate El Tropicario into the structure of the Botanical Garden and its strong educational and vocational outreach. El Tropicario is part of the general route of the Garden and the proposed architecture is generated for walking, therefore it couldn’t be thought of as a building closed by walls. The starting question was: How to relate the project to the landscape of the Bogotá Savannah? This question would require the project to function as a space to disseminate and teach about the environmental values and threats that this territory faces, as a way of contributing to the culture of the local landscape. The answer involved understanding the building as a system of related parts that make up a whole.

Conceptually, the different areas of the program function as floating spaces, within a wetland, which is the ecosystem of the Bogotá Savanna. For this, references of amphibian architecture developed by pre-Hispanic engineering (Chinampas, Camellones, Floating Islands) was important. The project is made up of six collections: Humid Forest, Dry Forest, Special Collections, Useful Plants, Superpáramos and Biodiversity, each space having specific height, temperature and humidity requirements. These spaces function as “floating” modules, articulated through an artificial wetland, a collection proposed by the design team from the competition phase.

The use of passive temperature control systems that don’t require mechanical ventilation systems was promoted, using glass with different thicknesses and filters and automated systems for opening some areas to control the temperature. Each of the structures is considered as a water receiver, with an oculus incorporated in the upper part to capture rainwater, leading it to lakes located within the space, passing it further to the artificial wetland in the perimeter, which in turn works as a large reservoir of water that is used for irrigation systems for vegetation, thus creating a closed cycle. A system of “locks”, as transitional spaces between the different collections allow the visitor to move from one space to another, preserving the temperature conditions required for each space. Each lock has the required technical controls and emergency exits. The environmental emergency that our planet is experiencing makes it necessary for the public project to be imagined using urban and environmental logics in a symbiotic way, in order to safeguard the shared environmental heritage.

El Tropicario is a commitment to building a landscape culture where, from the local context, a message of global urgency is transmitted. The structural system was based on concrete pillars driven 30 meters deep in the ground, located on the perimeter of the structures. The objective of this system was to free the soil inside the spaces in order to have areas for deep seeding. Upon reaching the surface, on these pillars, the concrete sloping walls were emptied, functioning as a support for the metal structure, allowing it to serve as “flowerpots” inside the spaces, where part of the earth can be contained for plants and to generate changes in the topography that allow organizing the planting areas of the different species. On the reinforced concrete walls,  30 cm x 10 cm metal pillars are installed, located on the perimeter of each space, forming “structural baskets” as a self-supporting structure, which allows there to be no columns inside.