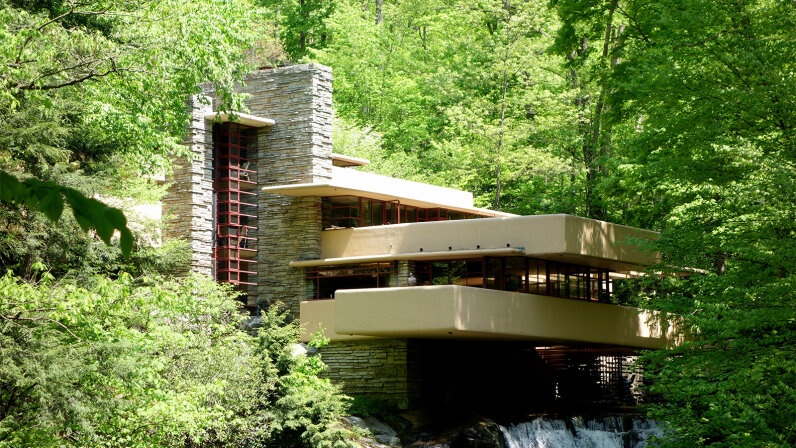 Could the way you design your home really help you think better, be more relaxed and more creative? Yes, say scientists, and those are just a few of the benefits of biophilia, the design philosophy of bringing the natural world inside.

If you’ve ever visited a boutique hotel or an office building with a living wall of succulents or vines, the designers probably had biophilia in mind. Adding plants is one easy way to bring Mother Nature to a space, but there are many aspects to this design philosophy that’s employed by companies like Google, Amazon, Microsoft and Westin Hotels.

Many ancient cultures, from the Egyptians and Greeks to the Druids in Europe and the Shinto in Japan, have worshipped the silent majesty of nature. Ralph Waldo Emerson was a keen observer of nature’s power to influence the human spirit. In his 1844 “Second Series Essays,” he wrote “only as far as the masters of the world have called in nature to their aid can they reach the height of magnificence. This is the meaning of their hanging-gardens, villas, garden-houses, islands, parks and preserves.”

Humanistic philosopher Erich Fromm was the first to introduce the concept of biophilia, which is Greek for “love of life” in 1964. It’s rooted in the idea that humans need a connection to the natural world in order to thrive and be happy. Edward O. Wilson, a naturalist and philosopher, is credited with popularizing the term in the 1980s.

Where Did the Idea of Biophilia Come From?

It turns out that the principles behind biophilic interior design were drawn from work to optimize zoo habitats. Psychologist Judith Heerwagen was a graduate student working at the Seattle Zoo in the early 1990s when officials began to rethink the enclosures for large primates. The animals, who were living in minimal cages, weren’t doing well. They fought, acted antisocial and weren’t reproducing either, Heerwagen says in an email.

With her background in zoology and ecology, Heerwagen recommended an enclosure that was more like the apes’ native landscape. “As zoo design turned toward more natural habitats and mixed species enclosures, based on extensive research into their natural ecologies and environments, the animals began to thrive,” Heerwagen says.

Other designers who worked on homes and office buildings started to use the same principles in their work. “This included thinking much more carefully about the building as a habitat for people by incorporating biophilic design linked to our evolved need for continual access to natural amenities: sun, daylight, plants, flowers, natural patterns,” Heerwagen writes.

While some companies like Microsoft and Amazon are implementing biophilic principles to increase worker productivity, it’s not widespread. “We’ve gone quite a ways toward improving conditions for zoo animals and not so much for people in offices,” says Bill Browning, managing partner of Terrapin Bright Green, a green building research and consulting firm based in New York City.

What Does Science Say About Biophilia?

There are numerous studies supporting the idea that good light, fresh air and a view outdoors can be beneficial for our health. Working in a room with natural light can increase productivity, boost mood and improve the quality of your sleep, according to a 2013 study by researchers in the Northwestern University neuroscience lab. They found that people who were exposed to natural light during the workday got an additional 46 minutes of sleep compared to people working in a windowless space with artificial light.

In a small 2015 study done in Korea and published by the National Institutes of Health, young men were asked to transfer a plant to a new pot or perform a task on the computer. Researchers measured their mental state after each activity. They found subjects were more relaxed after working with the plants and experienced a drop in diastolic blood pressure.

Looking for an easy way to regain focus during your workday? Take a short walk outside. If that’s not possible, look at a photo or painting of a natural scene. Neuroscientists have found that gazing at a natural scene for 40 seconds or more lets the brain’s prefrontal cortex take a break. You’ll come back to your work with renewed attention, Browning says.

And in one of the most intriguing studies, published in 1984 by the National Institutes of Health, researchers found that people recuperating after surgeries had shorter stays in the hospital and needed less pain medication if they had a garden view, as compared to a view of a brick wall.

How to Put Biophilic Design to Work in Your Home

We can bring nature inside, change the way our homes are arranged, as well as choose patterns that mimic the natural world. Browning and his team identified diverse aspects of biophilia in the paper “14 Patterns of Biophilic Design,” published in the journal Terrapin, and their book “Nature Inside: A Biophilic Design Guide,” commissioned by The Royal Institute of British Architects, will be released in September 2020.

If you’re looking for easy ways to make over your home environment, Browning says to start with the views, then move on to carpeting, wall coverings, blinds and fabrics with “simple sort of nature-based patterns on them,” like sunlight through leaves, waves of grass in a field or even flames. Some easy ideas to begin with:

A refuge is any spot where your back is protected and you have a canopy overhead. That might be a canopy bed, a patio seat under an umbrella, a high-back chair or even a seat tucked away next to a window or fireplace. “You can sort of withdraw from the action and recharge your batteries,” says Browning. It’s especially soothing if you’ve been cooped up and sheltering in place with others.

Houseplants can be an easy way to start your biophilic design journey. But get more than one philodendron, pilea peperomioides, or Kimberly Queen fern to create a little verdant area. “One thing we have noticed is that we seem to respond better to plants as they are grouped as if they are a small habitat,” Browning says.

Opening curtains or moving furniture to create outdoor views is paramount, Browning says, especially if you can see trees, plants, birds or butterflies. Hopefully the view is a long one that extends 100 feet (30 meters) or more. Close work like staring at a computer creates eyestrain, while a long view lets the muscles at the back of your eyes relax, says Browning.

While scientific support for biophilic design is relatively new, the restorative properties of nature weren’t lost on previous generations. More than 100 years ago, poet Emerson declared in his essay “Nature:” “The health of the eye seems to demand a horizon.”