by nomad
in Biomimicry
7 min read
0 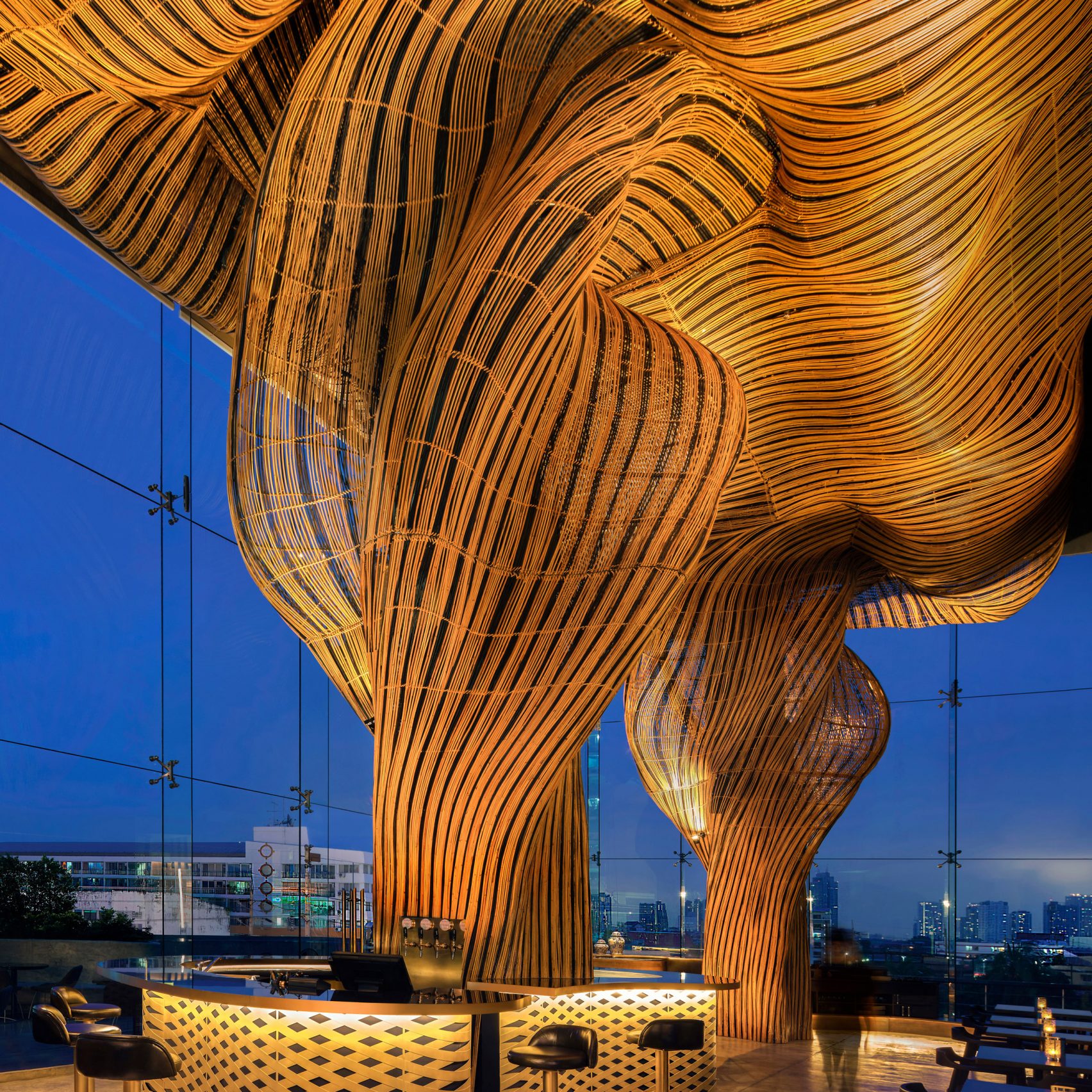 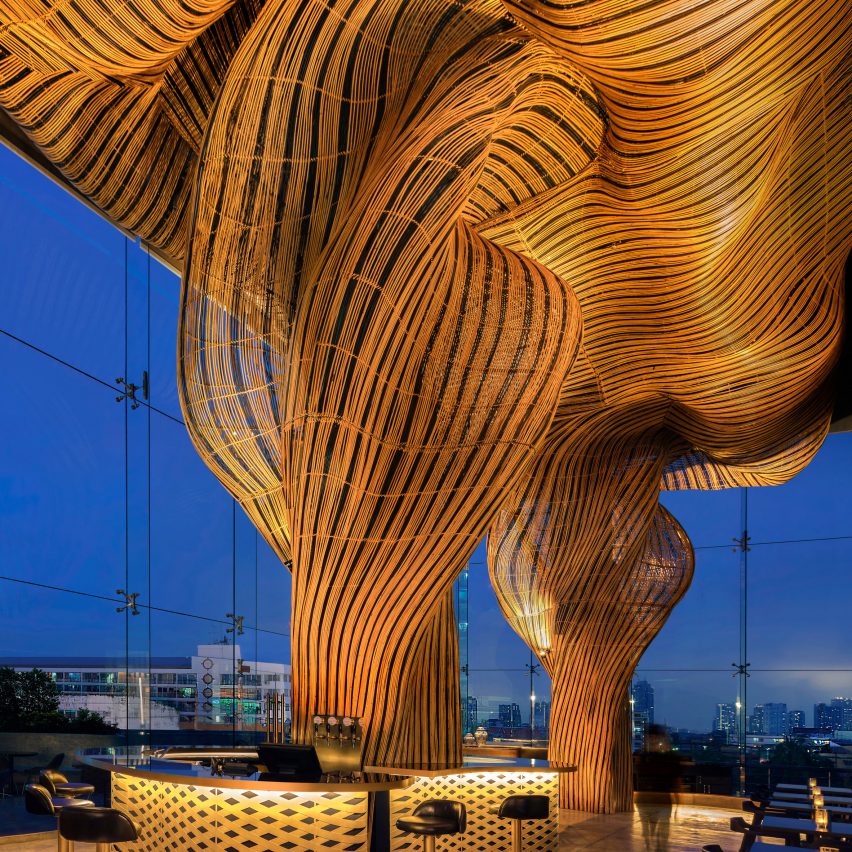 Enter Projects Asia, which is based in Phuket, Thailand, used 3D-modelling to create large sculptures that weave through the 300 square-metres space at the Riverside resort.

These were made from rattan, a type of climbing plant with a flexible woody stem, and reach 30 metres from the floor to the ceiling.

They were informed by the use of the space – Spice and Barley serves gastro food but also specialises in craft beers imported from Belgium.

“Then we fabricated special aluminium frames as supports with marine technology software.”

The sculptures were painted gold in a nod to Thailand’s gilded temples, and also fill a practical function as they hide the beer pipes, air conditioning and other related services.

Spice and Barley’s location also played a role in the design of the rattan columns, which mimic nearby skyscrapers.

“The site overlooks the Chao Priya River and the natural rattan structures act as twin towers, referencing the high rise towers in the backdrop,” the studio said.

“The vast geometries flood the ceiling in an uninterrupted balustrade of twists and turns which bounce the light and become a beacon from far away.”

Enter Projects Asia chose to work with rattan as it wanted to “bring arts and crafts to a mainstream application,” Keane said.

“Rattan is incredibly sustainable – it is a renewable material and found in abundance across South East Asia. It is a natural product and gives the space an essence of Thai tradition fused with modern design.”

The studio didn’t use any plastic for the project.  It worked together with local tradesmen on the rattan sculptures, and chose the furniture for the project as well as created the design installation.

“All furniture is local and handmade,” Keane said. “It was intended to be natural and comfortable, especially the leather bar stools and banquettes in green leather.”

“There is a strong environmental eco-friendly agenda with rattan –  a very relevant topic in the current climate,” Keane said.

“Thai cultural context in the rattan and gold are references to Thai culture with the gold and the temples on the skyline.”

The studio previously also used rattan for its design of the studios for yoga brand Vikasa, for which it won the Dezeen Award for Leisure and Wellness Interior 2020.

Photography is by William Barrington-Binns.